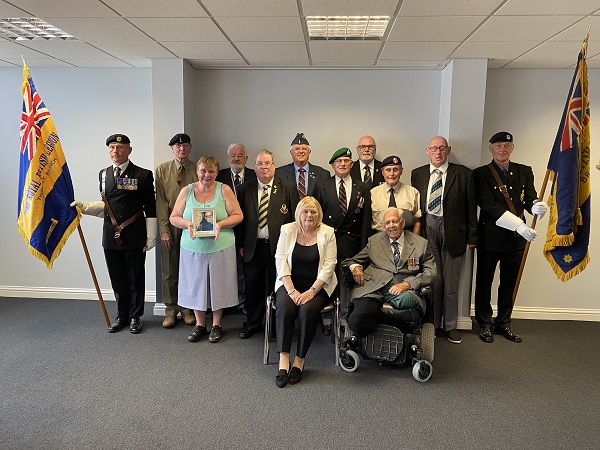 Compassion in Action (CIA) is set to be featured in the only official book published for the Platinum Jubilee Pageant.

CIA is among a select number of ‘outstanding organisations from across the country and the Commonwealth’ to appear in Her Majesty The Queen: The Official Platinum Jubilee Pageant Commemorative Album.

The coffee table-style book will be launched on 5 June 2022 as part of the UK’s unique four-day Bank Holiday Weekend of jubilee celebrations of The Queen’s 70-year reign.

“It is our privilege to be included in this amazing project honouring Her Majesty, who has led one of the most extraordinary lives of this or any other era,” said Pam Gilligan, Chief Executive Officer at CIA.

“Having received The Queen’s Award for Voluntary Service in 2014, which is an MBE for volunteer groups, to then go on to be chosen to appear in the only official book commemorating the Platinum Jubilee is beyond anything we could have ever imagined. I would like to take this opportunity to congratulate Her Royal Highness on her remarkable reign, and to thank her for her loyal and dedicated service.”

Produced by publisher St James’s House and written by royal authors Robert Jobson and Katie Nicholl, with contributions by Tom Parker Bowles, the hardback publication will be officially launched on The Mall in central London during the pageant, with a second launch event taking place later that same day in the art deco ballroom of Claridge’s hotel in Mayfair.

“I am thrilled to have been invited to the Claridge’s event, and will be representing Leigh and our amazing community with pride,” added Pam. “It has been the honour of my lifetime to help our most vulnerable people through the work of our charity, which started out back in 2006.

‘With the support of our valued partners, our original coffee morning format in Lowton has grown into a purpose-built community village here on Leigh Road, centred around our Patrick House headquarters. Provision includes supported housing for adults with learning disabilities; a wellbeing centre; and 24-hour short-term therapeutic residential accommodation for those in mental health crisis, as well as a community outlet in Lowton and a food and furniture distribution centre in Atherton.”

A spokesperson from St James’s House said: “Featuring more than 250 photographs of Her Majesty from throughout her life, the book charts the trials and triumphs of The Queen’s 70 years on the throne and explores how Her Majesty has provided a lifetime of leadership; from her steadfast presence during the Second World War through to her unifying influence during our present turbulent times.”

Her Majesty The Queen: The Official Platinum Jubilee Pageant Commemorative Album is available to order here.