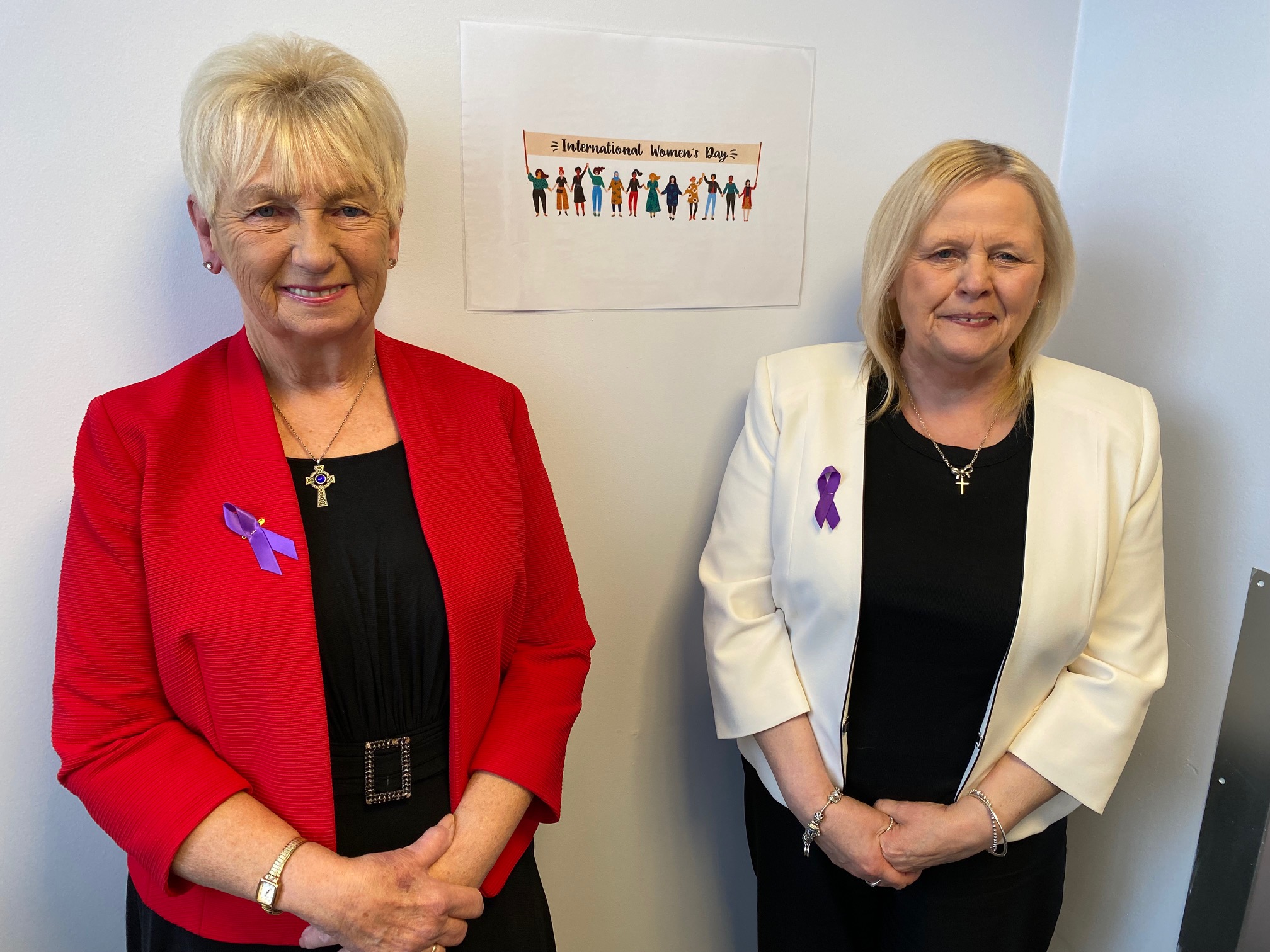 Cllr Sue Greensmith was guest of honour at a Ladies’ Luncheon held at Compassion in Action’s headquarters to celebrate this year’s International Women’s Day (IWD).

The former Mayor of Wigan Borough, who served her term in 2018 to 2019, spoke to an audience of 25 Leigh residents about her journey in local government.

Sue was introduced by the charity’s CEO Pam Gilligan, who later presented her with a bouquet of flowers in gratitude.

“Sue is a dear friend and long-time collaborator on numerous community projects over the years, and I have had the honour of serving alongside her as a councillor,” said Pam.

“We are so blessed to share International Women’s Day with Sue, and to come together to forge women’s equality and ‘Break the Bias’.”

In a 30-minute talk, Sue explained how, during her early days of local politics, a finger bite from a Jack Russell taught her to always use a ruler when leafleting; then revealed she had broken Royal Protocol and kissed HRH Prince Charles – making a personal and successful plea to the future King to pay Wigan and Leigh a visit.

“You may be a councillor, you may represent Wigan Borough but, most importantly, you always represent the people,” said Sue, whose ward is Leigh West.

“I have been privileged to serve as Mayor – the highest honour you can have – but I am at my happiest on the street, talking to the people of Leigh about finding solutions to their problems. That’s how it all started for me; I am Leigh in my heart.”

Having won her first election in 2008, Sue quickly realised that of the 74 councillors chosen from all different political parties, she was in a minority of females.

“I walked into my first full council meeting, looked around the room and thought: ‘It’s a man’s world’,” reflected Sue, who has sat on the Planning Committee ‘since day one’. “I am pleased to say that today, more women than ever are coming on board to be local politicians.

‘In terms of the electorate, what I want to see is more women voting. Women lost their lives so that we have a chance to vote today, and I always say: ‘I don’t care who you vote for as long as you vote.’”

Among the many highlights of her term as Mayor, Sue shared her pride in having raised £42,000 for her chosen charity Derian House Children’s Hospice – a cause that reflects her lifelong interest in helping children and young people.

“An event that truly touched my heart was ‘Christmas in July’, which was held for children who would not make Christmas that year,” recalled Sue. “One young boy stepped forward and chose to sit next to me throughout my talk. I touched his head briefly when I gave him a mighty big hug goodbye. It was covered in scars from the many operations he’d had for his brain tumours. He passed away and I often think of him when I look at the photos from that day.”

A reader, lay person and verger at St Peter’s Church in Westleigh, Sue also founded her local ‘Messy Church’ – inviting parents and their children to come along to church and have fun.

“When 60-odd people turned up to the first event, I was like a kid with a toffee lolly!” smiled Sue, who serves on the council’s Children and Young People Scrutiny Committee and is also a School Governor.

“Pam and Compassion in Action helped me to get that first event off the ground. At the time, the charity was working out of Lowton, and Pam said: ‘Go and help yourself!’ when I was looking for supplies. I was grateful for her friendship then, as I am today.”

Concluding her speech so that guests could enjoy a buffet lunch and specially commissioned IWD cake, Sue’s parting reflections on civic life were that: “I am an ordinary person in the street who has worked their way up, so tell your daughters and granddaughters about becoming a councillor.”

To find out more about this year’s IWD theme of ‘Break the Bias’, click here. 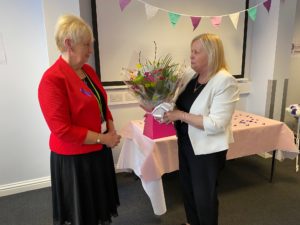 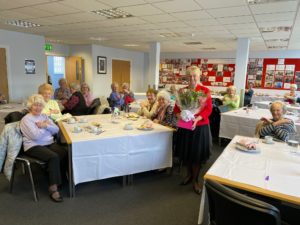